The final installment of the 2016 MFG Cyclocross season was held at its traditional venue, Seattle’s Woodland Park. The park, which is smack dab in the middle of the city, always features a fun, technical course that weaves through variation portions of the park providing run ups, logs for hoping, and of course the HODALA! corner, an area of the park that is always beset by snow flurries—regardless of the weather. The venue crowd favorite, even if it doesn’t always fit ones’ skill set. 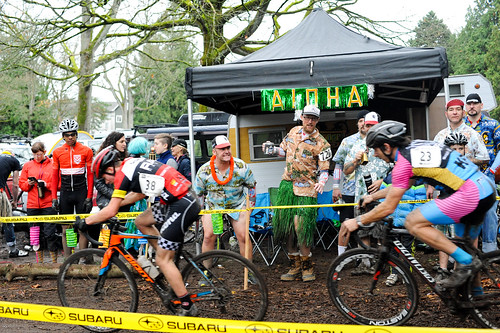 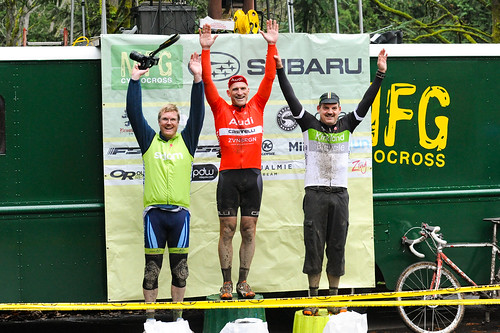 The women’s race one-two race was shaken up by the inclusion of Bellingham native Courtenay McFaddden who stopped by Woodland Park after a stint of east coast UCI racing. McFadden used the skills that brought her a podium spot on day two of the Derby Cup last weekend. Series leader Tricia Fleischer (Monument Wheel Works) fought hard, and worked her way through the tail end of the men’s race with the hopes of catching the charging McFadden, but McFadden would prove elusive. She took the win by a little under three minutes. Monica Lloyd finished third, a little over a minute behind Fleisher however, sealed the series overall, finishing the 2016 MFG series as one of the most dominant racers, in any category. 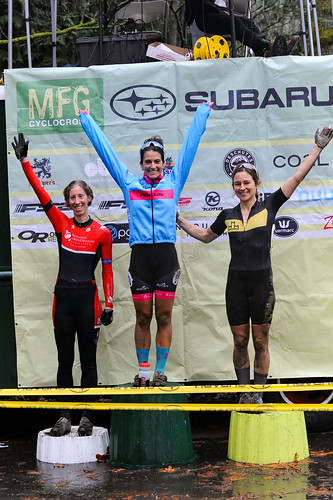 The men’s field offered much closer racing, with Spencer Paxon (Kona Bicycles), Stephen Ettinger (Ridebiker Alliance p/b Focus Bikes) and Steve Fisher (Mcgovern Cycles – FSA CX) pushing the pace in the early laps. The trio wound and drifted their way through technical course, each one closely following the other. At the midway point Ettinger hit the deck exiting the apex of the HODALA! corner. The crash could have been disastrous for Ettinger, but the rider recovered almost as quickly as he went down, and easily made up for the bobble. It would be Fisher who eventually fell off the pace, leaving the Paxon and Ettinger to battle it out. The pair stayed close, but it was Paxon who hit the final straight first, giving him the jump on Ettinger. Joseph Maloney would finish third. 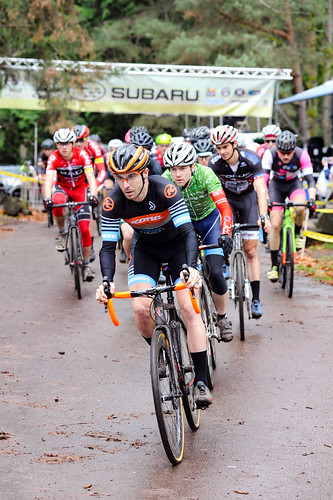 Thus, closes out the 2016 MFG Cyclocross season. We’ll be back next year with more racing, more hand ups, and perhaps a different team will find their name emblazoned on the course barriers. See you next year.