Hills and sand, then hills and sand. Repeat that many times at full speed while you navigate sinuous, sloping, off-camber turns over dry grass. And watch out for that curb before the second 200’ patch of sand! That gives you some sense of the challenging playground for over 600 riders who turned for MFG Cyclocross Race #3, Tall Tyler CX Celebration, held on a grassy knoll overlooking Sliver Lake. With a cool morning and a touch of sunshine, it was a beautiful NW  day for racers and spectators.

This is the traditional race #3 venue for MFG Cyclocross and some consider it the most challenging. One racer whined about the course’s difficulty, prompting Kevin Johnson (last year’s Master Men’s 55+ champ) to retort, “Yeah, but there are just as many hills going down as there are going up! (chuckling).” The rest of the riders maybe weren’t so jocular, but most were smiling after they finished having had a great time.

The Men’s Cat 1/2 elite win was ultimately captured by Russell Stevenson (TREK Cyclocross Collective). Stevenson started out in the lead with Steve Fisher (McGovern Cycles/FSA CX) hanging on his wheel with a gap to Brian McCleerey (Ravena Capital Management) in third and Ian Tubbs (Audi Cycling Team) close behind. Following the leaders was a pack of shoulder-to-shoulder racers seeking personal gains behind the podium.

Fisher jumped to the lead after lap two and led convincingly most of the race, establishing significant distance from Stevenson. But this is cyclocross! In the second to last lap, a fateful crash changed his day. He had masterfully climbed up the twisty infield, but then on one of those off-camber downhill grassy turns, his tire rolled off and wiped him out. Springing up and wrestling the tire back into place, he might have preserved his lead. But back on the bike and only ten yards further, continued technical difficulty thwarted him. Just then, Stevenson sped by.

About the mishap, Fisher said, “I just took a different line down that hill. I don’t know what got me.” While Stevenson didn’t witness the crash, he didn’t decline the opportunity to pass. Later shrugging he said, “Well, you know,” (that happens). That game-changing transition was announced by MC Alex Walker atop the MFG CX Truck (Ernie) at the finish line, “There is no chivalry in cyclocross.”

Tubbs had to fight for his third-place finish over McCleerey. First, he was stymied by a pile-up in front of him on the very first lap, then two crashes of his own. After chasing McCleary for four laps, Tubbs finally overtook him. “Then I calmed down and [mentally entered] time trial” mode, hanging on to a 1-minute gap throughout most the rest of the race. Kaler Marshall (Canyon Bicycles) took fifth.

Fleischer, who maintained a run-away lead from the start to finish, loved this mountain-bike style course, turning on the talent through the many descents and turns. Lloyd also liked the Tall Tyler course, beaming “I do well on hills.” She rode up most and walked up some, and enjoyed that “there was a lot of recovery in this course.” Talpin also enjoyed the course challenges, I loved it! It was technical and punchy and the weather was nice and cool.”

At each Silver Lake race, MFG Cyclocross honors an inspiring cyclocross personality. This year Tyler Smith, AKA “Tall Tyler”, was recognized for his loyalty as a founding MFG sponsor and racer, bringing not only his support, but especially his “big smile and pure joy.” Tall Tyler races with the Single Speed Men for Rapha Cycling Club. With renown secured through his goodwill rather than wins, Tyler secured a respectable seventh place at his namesake race.

Special thanks to lead sponsor Hammer+Awl, who provided some sa-weet MFG-badged trophy thermoses. Thanks also to food vendors Here and There Grill and Tripod Coffee who fueled racers and spectators with delicious eats and drinks.

MFG Cyclocross takes a bit of a break returning to racing at Magnuson Park Cross on the shores of Lake Washington on Sunday, October 15th. 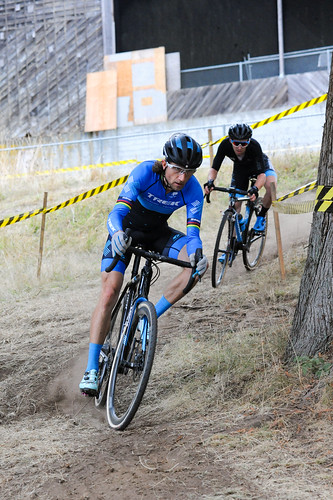 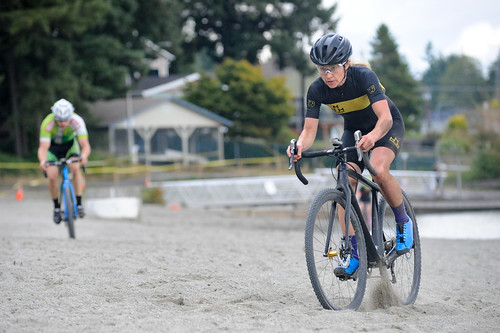 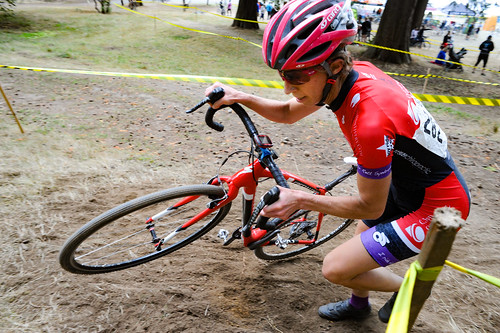 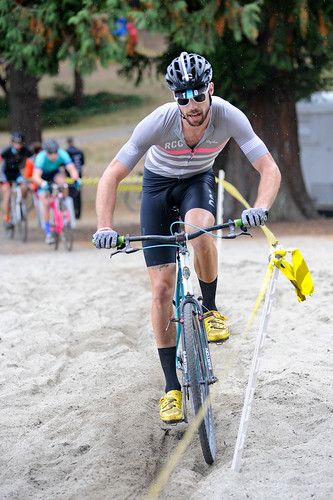