Unlike the sunny east-coast, Seattle—and the Pacific Northwest in general—hosted the remnants of typhoon this weekend. The storm didn’t deliver the predicted winds, but it did bring plenty of rain, dropping off classic cyclocross conditions at Seattle’s Magnuson Park. The mostly flat course featured several sections that were beset by thick mud, slowing most riders on the traditionally fast course. 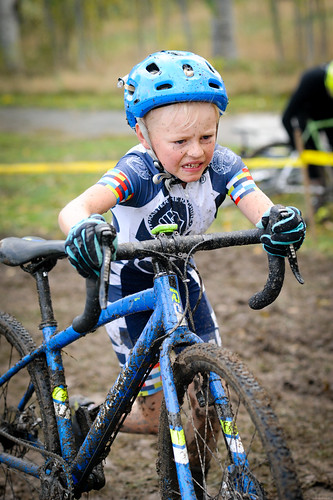 The women’s race was animated by Monument Wheel Works Tricia Fleischer, Gina Estep (Group Health), and NWCX Project’s Shannon Mallory. The trio quickly distanced themselves from the rest of the women’s field, with Estep and Fleischer trading leads. Mallory would lose the pace at times, but always managed to catch back on. The tactical race was decided with two laps to go as the women came down the small off-camber descent. Estep got caught up in tape, and had to put her foot down. Fleischer took advantage of the small gap and put the hammer down escaping her competitors, crossing the line first with thirty seconds in hand. 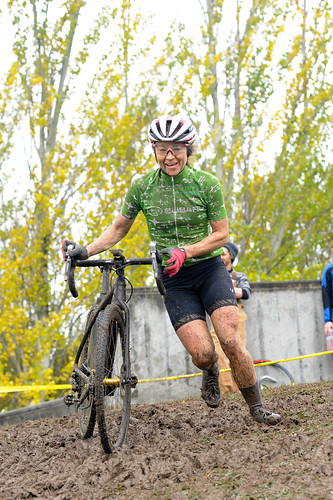 In the men’s race several riders tried to fill the void left by a missing Steven Ettinger and Fernando Riveros. With Recycled Cycles Rory Jack and Kona’s Spenser Paxson being the early instigators. Steve Fisher (McGovern Cycles – FSA CX) bided his time, before moving to the front and blowing the race apart with the hope of getting past the mechanicals that held him back at the Katie Blincoe Prestige. Fisher dominated, acing the course’s muddy sections, and gaining time on the long gravel climb along the back of the course. Paxson fought hard to keep Fisher close, finishing a mere three seconds down on the charging Fisher. Rory Jack would hang on to finish third. 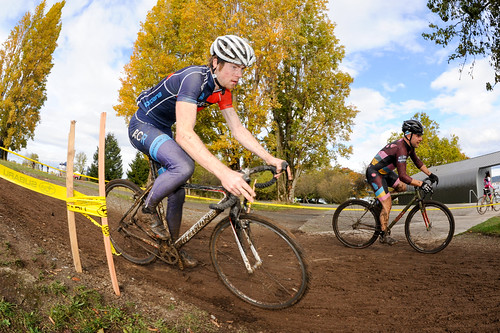 In two weeks MFG Cyclocross will return to LeMay Family Collection where riders will battle with two run steep run ups and technical descents. Last year’s race was battered by high winds, rain and mud. We can hope for some good cross conditions again this year.