This past Sunday was the third installment of the 2016 MFG Cyclocross season. Riders tackled a winding series of climbs and descents on the shores of Thornton A. Sullivan park for the Katie Blincoe Prestige. And of course there was the sand. Rain the day before gave the sand a firmer feeling, and kept the dust down for the early races, but soon the clouds cleared and the sun dried things out by the start of the late morning races. All of which made for a beautiful fall day in the Northwest. 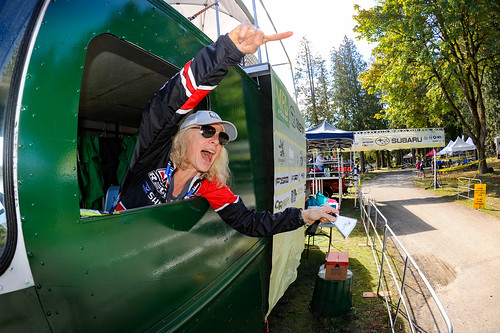 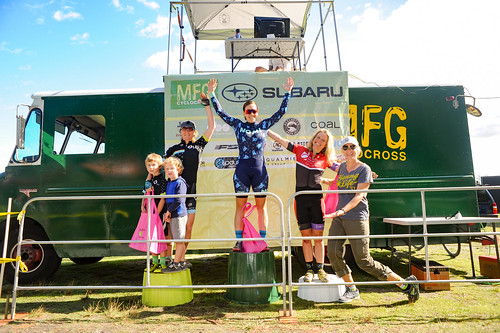 Monument Wheel Works Tricia Fleischer easily translated her skills on a mountain bike to her cross bike, quickly distancing her fellow competitors. NWCX Shannon Mallory, put in a strong effort, trying to keep Fleischer close, but she was always just a few turns behind. It didn’t take long before Fleischer was working her way through not only the lapped women riders, but men as well. She rode in a more conservative fashion than the week before at Moor Cross, deciding to skip a game of tag with course tape, but taking more careful lines didn’t seem to slow her down at all. 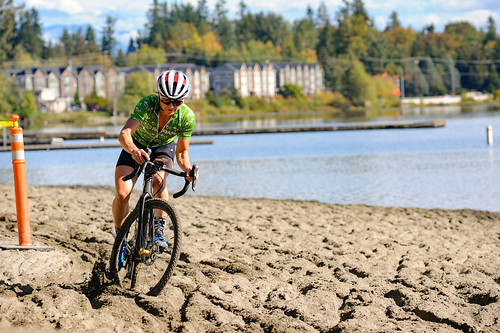 Behind her, Monica Lloyd eventually overtook Mallory, finishing fifty-one seconds down on the charging Fleischer. Mallory put in strong ride, and held on for third place. 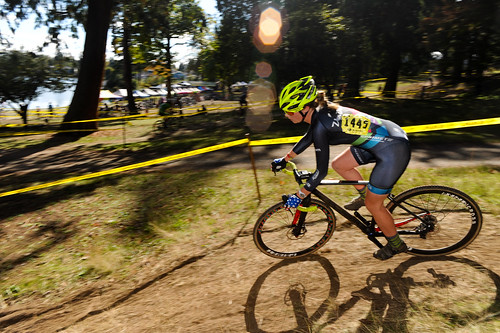 The men started off fast and stuck together for a majority of the first lap, with Steven Ettinger (Ride biker Alliance p/b Focus) and Steve Fisher (McGovern Cycles – FSA CX) leading the group of nearly fifty men. There was a crash behind the pair as the racers charged the steep climb, that for a majority of the day had been a run up. Ettinger looked back, took stock of the situation and attacked. Fisher followed but was soon entering the pit with a puncture. That wasn’t the end of the problems for Fisher, who also suffered from a Di2 malfunction (Fisher would later say that he thought his battery had come disconnected.), and was stuck riding the rest of the race in his lowest gear combination. 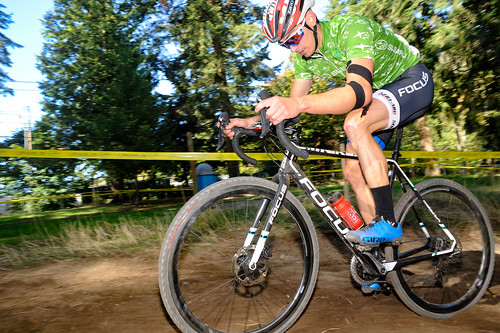 Fernando Riveros (Quarvi Imports/ Raleigh Bikes) took up the chase, as he has the last three weeks. Ettinger was uncatchable however, even lapping the entire women’s field. For a moment there both the men’s and women’s race leaders were racing side by side; an infrequent sight. Riveros would once again finish second and Kona’s Spencer Paxton rolled in third. 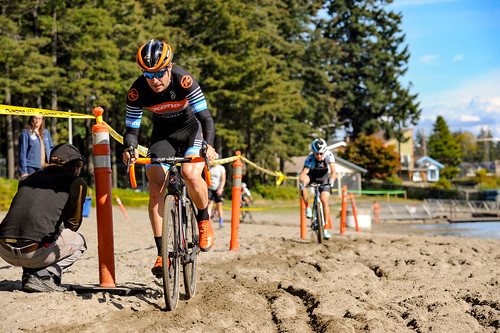 The MFG Series takes a break next week, but is back on October 16th this time on the shores of Lake Washington, for Magnuson Park Cross. Where there might, possibly, be some rain, hopefully, maybe and the 1:15 races (Junior Girls and Boys) will receive age appropriate prizes for “The Treatment”.